It took a few extra days, but the new base set finally reached the shelves of my local Wally World. The previews I've seen so far haven't been kind, so let's see if they look better in hand. 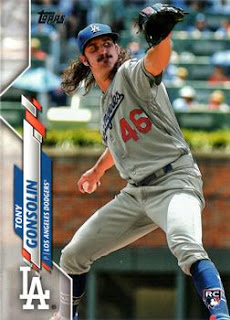 The first card honor goes to Frank Zappa! Enough has been said about this Bowman-like design already, and I feel this design takes a step back from the more appealing designs of the past two sets. The sideways name plates doesn't bother me as much as the overall sterile design. 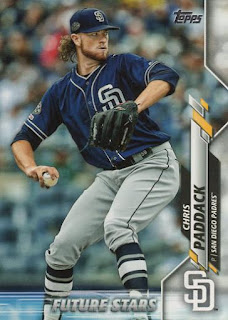 I'll be honest, I almost missed the Future Stars label on the bottom. It seems the subset design elements are less pronounced on the cards - like they're not supposed to be noticed. Even the ASR Cup logo seems smaller than normal. 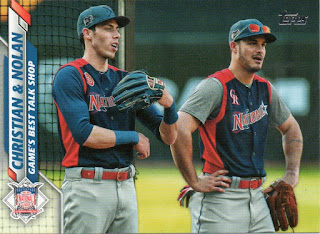 The multiplayer cards are back, and I really like this one in particular. I prefer the ones featuring players from different teams. It reminds me of the subsets from the days of my youth. 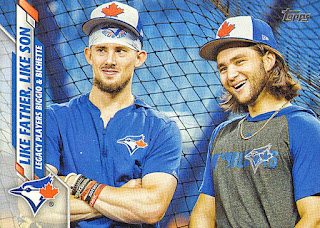 Another cool multiplayer, this seems like a missed opportunity by not including Vlad Jr on it. The Blue Jays have three second generation players, which is unique. Why not show all three? 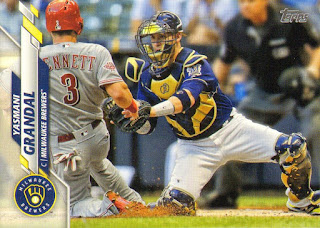 This is one of the better action shots I've seen so far in this product. You can't go wrong with plays at the plate! 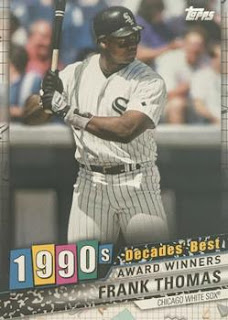 Now we get to the inserts. The Decade's Best looks like a fun insert set, and they really did a good job capturing that 90's look in it's design. The other decades I've seen look good too. 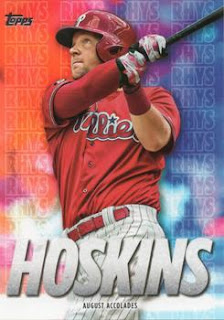 This year, Topps has chosen Rhys Hoskins as one of the two players to build an insert set around. Really? Rhys Hoskins? Don't get me wrong, I like the player and feel like he could be an All-Star someday, but he wouldn't be high on my list of guys to focus a 30-card insert set around. Besides, a Phillies player was used last year. The least they could do is spread the love around and pick a different team. 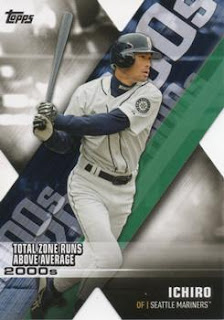 Topps continues to focus on the fact we are in a new decade with theses Decade of Dominance die-cut inserts. I kinda like the overall look of this one, even though I've never been a big fan of die-cuts. 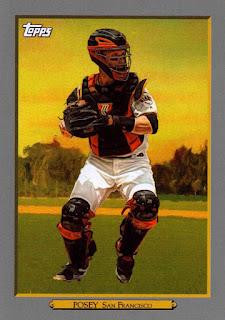 Topps also brings back the Turkey Red design, which is OK but not something I'm overly excited about. It's been done before, Topps! 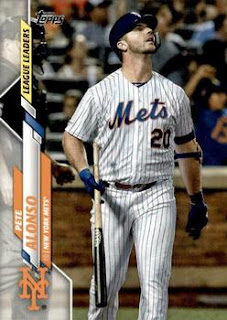 Again, the additional bar denoting this as a League Leaders card is minor and easy to miss. Personally, if you're going to have a league leader card, you could at least denote on the front what stat the player led the league in. 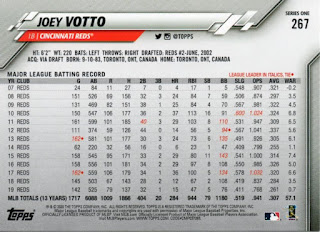 Finally, a look at the back. I'm glad full stats are back again, but holy snooze-fest Batman! This is one of the most boring set backs on a base set I've ever seen. Outside a little splash of color, this is dreary and bland design.

I'll be honest, this set doesn't generate a lot of excitement for me. I'll chase my team cards, maybe buy another pack or two. I just don't see myself buying as much of this as I have previous years. At least Heritage comes out before the end of the month...
Posted by Matt at 10:00 AM