I completed a nice little trade back in September from a TCDB named John. 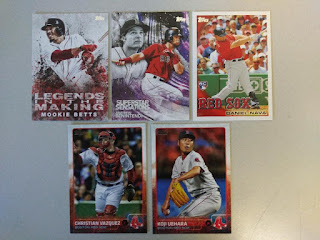 My favorite card here is the Daniel Nava rookie card. Nava's big league journey is amazing:
His perseverance is the stuff of Disney movies.

Thanks again for the trade, John!