I picked up 4 unopened packs of 1992 O-Pee-Chee recently. My first Pack War was a bit underwhelming. Will this one do better?

Since these are OPC packs, I thought it'd be fun to also add some extra "Canadian" points! One point will be awarded to a card for every:
Easy enough, right? Let's get ready to rumble! 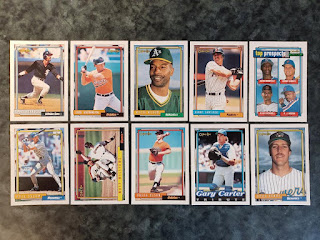 Lance Johnson - 1 point (All-Star)
Craig Worthington - 1 point (Not in Topps set)
Willie Wilson - 2 points (2x All-Star)
Benny Santiago - 6 points (5x All-Star, Rookie Of The Year Award winner)
1992 Top Prospects (Brumfield/Burnitz/Cockrell/Dozier) - 1 point (Burnitz: All-Star)
Dale Sveum - 1 point (Now With)
Matt Williams - 5 points (5x All-Star)
Gregg Olson - 2 points (All-Star, Rookie Of The Year Award winner)
Gary Carter (tribute) - 13 points (Hall of Fame, 11x All-Star, Not in Topps set)
Doug Henry - 0 points
Last time, the winning pack scored a total of 10 points. That is surpassed by just the Gary Carter card in this pack. O-Pee-Chee paid tribute to the Hall of Fame catcher in his last season with a 4 card tribute subset depicting him with each of the 4 teams he played for. Outside of the Carter, only one card failed to score any points, with All-Star regulars Benny Santiago and Matt Williams leading the way.
32 points for our first contender. That could be tough to beat! 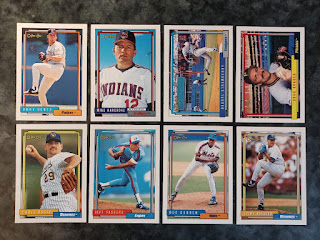 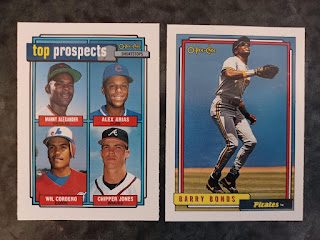 1992 Top Prospects (Alexander/Arias/Cordero/Jones) - 12 points (Cordero: All-Star, Expos; Jones: Hall of Fame, 8x All-Star, MVP award winner)
Barry Bonds  - 21 points (14x All-Star, 7x MVP Award winner)
If you're going to open packs from 1992, you really can't do any better than a Chipper Jones rookie! The 21 points those 8 cards totaled were equaled by Barry Bonds! How insane is that? These two cards were worth 33 points and would have bested any of the packs. Heck, they scored more points than the first two packs combined!
With an monstrous total of 54 points, Pack #4 cruises to ultimate victory!
I'd say I got my $6 worth out of those OPC packs, wouldn't you?
Posted by Matt at 10:00 AM 5 comments:

Trapped In Time: Remnants Of The 17th Trade

Well, I'm 0-3. These Trapped In Time posts aren't having the effect I was hoping for, and last month's card gets added to my collection. I'm going to try and add a little incentive this time around. Like last month, today's featured card comes from former Now And Zen blogger Dawn.
Trade #17 (Dawn: Now And Zen)
Traded 06/21/18: 1979 Topps #455 Bill Lee

In requesting the '79 Bill Lee, Dawn teased "a 1970 tea card card that will add a wild flavor the adventure!" She sent me this very cool polar bear card. When I got it, it was listed in the TCDB under the 1970 Brooke Bond North American Wildlife in Danger set, but the name of the set has been changed multiple times on the database since. According to the change log, it's been referred to as:
(I'm actually rather happy that the set is officially connected to Red Rose Tea. My grandmother drank that tea all the time, and collected the animal figurines that came with them. She would give me her "doubles" - which I'm pretty sure I still have in a box somewhere.) 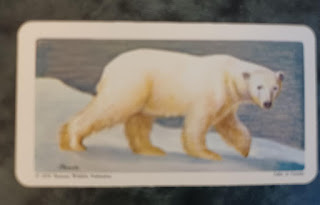 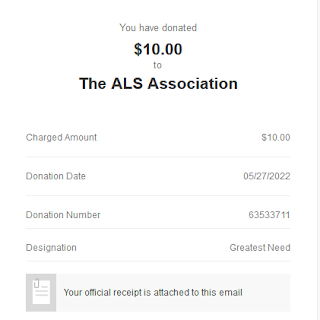 Injuries derailed
Career of this young All-Star
Done before thirty
After making the All-Star team in 2016 at age 26, Salazar suffered a major shoulder injury that wiped out his 2018 season, and returned for one game in 2019 before a groin injury finished off that season too. he hasn't pitched a major league inning since.
Edit: Thanks to Bo, I've learned he's not quite done yet!
Posted by Matt at 10:00 AM 3 comments:

Another month full of trades means I have over 80 new cards to show you! I'm grateful to all my trade partners who help turn over so many cards and keep the stack fresh and worth checking out every month.

Our first trade comes from blog reader Alan, who keyed into my Red Sox fandom and sent along an octet of Boston ballplayers from the 1974 set.


Jeff (Wax Pack Wonders) is up next with some great cards. Heck, I even like the design the two Yankees are on...

Brendan (The View From The Third Floor) always sends a nice selection of cards, and I found it humorous he sent a double dose of Fred Lynn, Jose Cardinal and Ron Hunt cards:

The next two trades were both single cards, so I put them both on one photo. The Kellogg's card comes from Greg (Night Owl Cards), who snapped up a 1981 Topps Coke card. A TCDB trade with a newcomer named Alex landed me the Fred Kages card.

I sent regular blog reader Ken one envelope, and he sent me back three! That's a generous return of cards! Anyone working on the 2021 Topps Archives set?

Ken also sent a nice selection of 1962 Topps:
Plus a bunch more awesome vintage! When I saw the markings on that '61 Ray Sadeck, it looked familiar. Sure enough, I sent Ken that exact same card in a previous Time Travel trade! This is the second straight month I've received a card that was originally sent out to someone in a previous Time Travel trade! It's my own personal Multiverse of Madness!
What's that you say? Six trades in already and we haven't seen the monthly trade from Bo (Baseball Cards Come To Life) yet? Never fear! Bo knows what the people want, and Bo delivers! He's noticed someone has been on a bit of a food issue kick, and that O-Pee-Chee has been popular lately:


Bo also knows that 70's football has been doing well, and vintage baseball is always welcome!


I got two more trades still being completed, but those will have to wait until next time! There's plenty here anyways to keep you occupied until then!
As always, these cards are all available in exchange for an older card. You can claim your cards below, or through the TCDB (Kep75). Let's make some trades!