The Red Sox traded Stanley back to his former team in August of 1997. One of the players the Red Sox received was a young pitcher named Tony Armas. Four months later, Armas was the PTBNL in the trade that brought Pedro Martinez to Boston.

Trapped In Time: Remnants Of The 27th Trade

Good news! Last month's remnant was successfully traded away! Let's see if we can get a little streak going here!
It's ironic that after celebrating the 200th trade for this project, that today's orphaned cards show up. There was a time when the Time Travel Trading Project hit a big lull, with few if any trades happening. In an effort to try and jump start some offers, I put cards that were not moving on the proverbial chopping block, much like I'm doing now. This is one of those times where I cast the line and got a bite.
Trade #27 (Gavin: Baseball Card Breakdown)
Traded 10/18/18: 1978 Topps #445 Mike Ivie, 1978 Topps #471 Roy Smalley, 1978 Topps #581 Lynn McGlothen

Received 10/19/18:
The very first Time Travel Trade netted me a 1979 Topps and three 1978 Topps cards. I was able to trade the 1979 card, but 8 months later I had no interest in any of the 1978's. Trades had started to slow down, and I decided to give those cards one last pimp before removing them completely. Gavin (Baseball Card Breakdown) rescued two of them, becoming the first trade I had in almost two months! 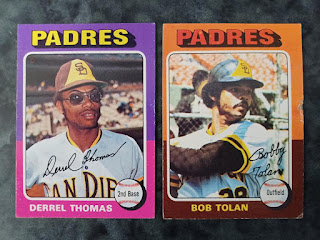 I've talked about how these trades have branched out before. For some reason, this particular branch had some bad luck associated with it. It took 2 1/2 years before I was able to trade the Tony Taylor card, and for whatever reason, the 2 1975 cards still remain. Perhaps it's time to snip this particular branch. If no one claims them by the next update, I'm pulling them and adding them to my collection.
Because Derrel and Bob have been together since the beginning, I'll even entertain a 2-for-1 offer - just one pre-1975 card for the both of them! Who wants them?
Posted by Matt at 10:00 AM 1 comment:

Between both players
Seventeen All-Star nods
But where is Ripken?
Travis Fryman was no slouch, earning 5 All-Star game appearances. However, it's curious that Topps would put him on this card over perennial All-Star starter Cal Ripken Jr.
I'm not planning on posting tomorrow, so everybody have a Happy Thanksgiving! 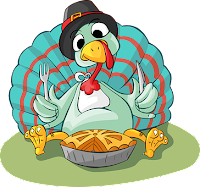 It's official! 200 Time Travel Trades! I'll be honest, I'm still awed by this. I never thought this little project would get to this point, but here we are!
The honor of Trade #200 goes to none other than Greg (Night Owl Cards). As it turns out, I received his cards the same day last month's update was published! As his prize, he got a sneak peak at all these new cards and was able to claim one for himself. As for those cards that came in, we've got a nice variety:
It's always cool to see a vintage Buffalo Bill, and I know that Kellogg's card won't last long here!
Our next trade is from a blogger making his first Time Travel Trade! John (Adventures Of A Baseball Card Collector) dove in and claimed some vintage and a few Yankees. The group of cards he sent back spanned 65 years!

Those flowers have fantastic color for something produced in 1939!

TCDB member Abraham came back to time travel again with small little 2 card trade, adding some 1995 Topps to the mix:
Those bottom two cards are from a couple of personal swaps I did. I had a TCDB trade offer for a Sportflics cards that had been here for awhile, so I swapped it out for Jim Morrison. The Super Bowl card is the replacement for a card you'll see later on.
Monthly time traveler Brendan (The View From The Third Floor) picked up 5 cards from the stack and sent back a starter lot of 1981 Donruss
Along with some older goodies:
Long time blog reader Alan made another trade this past month as well, almost tripling the number of 1975 Topps cards in the stack. Gotta love that 1956 card as well!


Bo (Baseball Cards Come To Life!) took some football cards this go-around, and sent along some of the 1990's notable players, along with another 1969 playing card:

Finally, we have another TCDB with Mark Z. Anyone collect dinosaur cards?

The 1988 Topps UK Mini was the other personal swap that I made. It's a set I'm close to finishing, and  Tony Gwynn was one of the cards I needed. Oh, and if you're eyeing that '65 Diego Segui, sorry but that was the card Night Owl picked for his prize!
We're well on our way to 300 trades! Thanks to everyone who's come along on this journey so far!