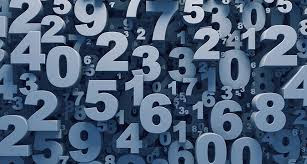 Player A is a former MLB pitcher. He is firmly regarded as a member of the "Hall of Very Good" - an excellent player, but one who did not receive much support for the Hall of Fame.

Over the course of his 19 year career, Player A appeared in 234 games where he gave up 1 ER or less. Here are the stats from just those appearances:


Let's compare this to the full career of another mystery player:


All things considered, it would be difficult to pick one player over another. The stats are pretty close. Player A gave up less a lot less runs while pitching more innings, and only struck out 115 fewer batters. Whereas Player A is regarded as slightly above average compared to his peers, Player B is considered an all-time great and an inner circle Hall of Famer. You can probably guess who he is if I add one additional stat:


Player B is the greatest relief pitcher in the history of baseball, Mariano Rivera.


Tomorrow, Mariano Rivera will get announced as one of the newest members of the Hall of Fame, and will get elected with one of the highest, if not the highest, vote percentages in history. I have no problem with this. He's got my vote! But can anyone tell me that Player A was not as good as, if not better, than Rivera? Both pitched at a high levels of dominance for over 1,200 innings.The biggest difference is obviously that one key stat - saves. Player A was primarily a starter for his career, while Mariano's bread and butter were singular innings when the Yankees already had a lead. Another big difference is that I'm using only partial, cherry-picked stats for the starter. In truth, Player A appeared  in 339 more games, pitching 2,137 additional innings!

Now obviously it's harder to maintain a level of dominance when you pitch over 2,137 extra innings. If Rivera was used as a starter and had all that extra wear and tear on his arm, would he still be elite? If Player A was strictly a closer, would he have been the greatest? That's kind of my point. The ability to pitch multiple innings, to see a lineup more than once and still be effective, is not getting sufficient credit. Between the advent of the "opener", specialized bullpens, and the sabermetric "Kill The Win" movement, starters are becoming underappreciated. What does it tell us when an "above average" starter is every bit as dominate, if not more, than the greatest reliever of all time?

I readily admit I have a certain bias against relievers. I don't think they pitch enough to deserve certain accolades over starters. The guidelines may say relievers should be equally considered for the Cy Young award, but can someone who throws 100 innings really have more value over one that throws 250-300?

As I stated before, I have no problem with Rivera getting elected to the Hall. However, every year, the powers that decide such thing confuse me. This year is no different. Two things in particular don't make sense to me. By comparing the greatest reliever ever with an above average starter, I'm able to clarify my consternation to the following facts:

1. There are voters that think Mariano Rivera is worthy but not Roy Halladay.

Roy Halladay has similar numbers to Player A, but has won 2 Cy Young Awards and pitched multiple no-hitters. He'll get in as a first ballot Hall of Famer too, but I honestly think Halladay's vote totals and Rivera's should be much closer.

2. Lee Smith, a great reliever in his own right but nowhere near Mariano's level, is a Hall of Famer. Player B is not. Again, because of that one game-ending stat, saves.

I'll take Luis Tiant over him any day!

As Billy Wagner's case keeps getting debated, and as the Kimbrel/Chapman/Jensen class of closers build their case, I'll always have doubts as to if their impact was really any greater than Luis Tiant or some of the other "Hall of Very Good" starters.

For what it's worth: