These past few month, I haven't been blogging as much as I usually do - 11 posts each in August and September, the lowest total for any month since 2018. A big part of that is that I haven't been getting many new cards. The retail well has pretty much dried up locally, and when I find cards I'm finding that I'd rather not spend my money on sets I don't really want, like Bowman or Chrome. (The jacked up prices make it much easier to say "no"!)
Locally, things are weak, but the amount of cards coming in has picked up a lot. Thanks to some online shopping and some incredibly generous packages from some bloggers, I have a ton of cards that I'm going through and cataloging. With various things going on between work and home, it's taken me forever to do so.
Fortunately, I'm getting caught up. I'm ready to show off my most recent order from the Baseball Card Store. I picked up a nice round 100 cards, a healthy mix of set needs, Red Sox cards, and cards I just felt were worthwhile. Showing all 100 cards would make for too long a post, so I'm just going show off my 9 favorites. Why 9? To paraphrase from the MLB Network Show "Prime 9" - 9 innings, 9 players on the field! 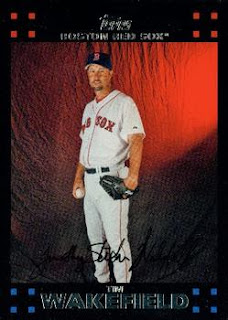 I don't know why, but the red background cracks me up. It just screams Senior Class portrait. 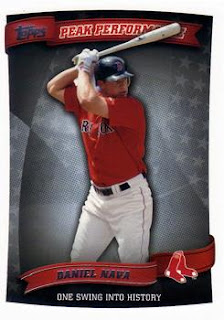 I've always been a big fan of Nava's journey to the Majors. This card highlights his historic first hit. 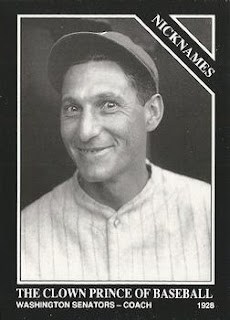 Speaking of great stories,  "The Clown Prince Of Baseball" would make an excellent movie. 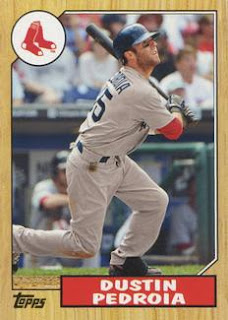 I know a lot of people think the design is overused, and it is, but I still love the 1987 Topps wood-grain in all of its forms. 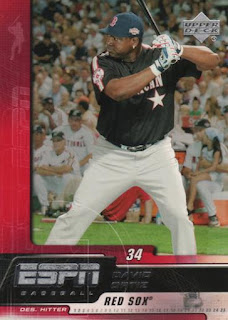 This was a cool find. I never heard of this set before, and jumped at a chance to have a card of Big Papi wearing an All-Star game uniform. 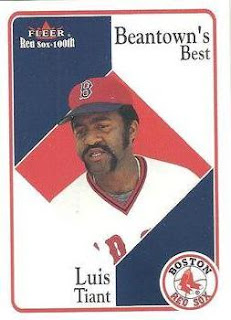 One of these days I'll complete this set. I'm a long ways off, but for now I have another great card of Luis Tiant! 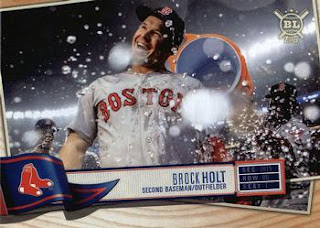 One of my favorite cards from 2019, the photograph is amazing on many levels. 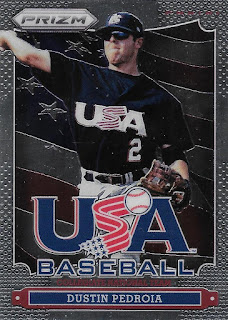 Panini Prizm packs a punch with a pre-professional Pedey! 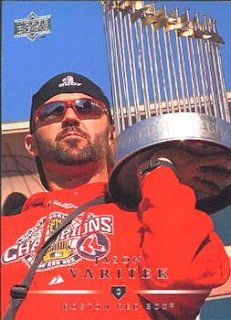 This card has been on my radar for awhile now, and when Night Owl featured it over the summer, I knew I had to finally track down a copy.
As always, baseballcardstore.ca is an excellent place to get cheap cards!
Posted by Matt at 10:00 AM