Back in May, Rod (Padrographs) sold off team lots of cards for a quarter/card. I figured that was a worthwhile price to add some Red Sox additions to my collection.  The lot contained 43 cards, 22 of them being Rod's custom cards. I'm going to show off the card in two posts, starting with the customs Rod has made.
Rather than show off every card individually, I've picked a Top10 of noteworthy favorites: 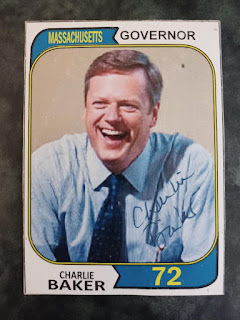 I'm not a politics guy, so I'm not quite sure what I'll end up doing with this one. It's autographed though, which is pretty cool. 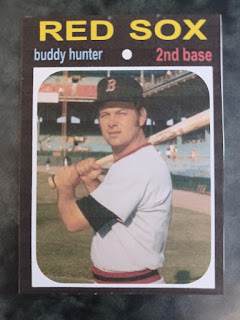 Well, first off, he just has a great name. The only picture of him you'll see on a commercially issued set is from the 1972-73 Venezuelan Winter League Stickers set. 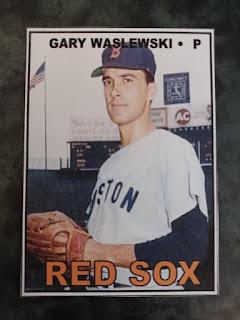 His claim to fame is getting traded from the Red Sox to the Cardinals for veteran infielder Dick Schofield. 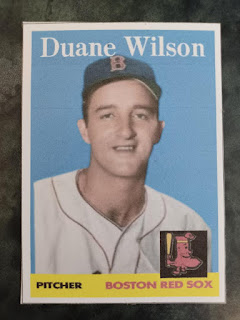 I suspect an unfortunate injury cut short his career. He made two starts. In his first, he allowed 0 ER over 6 IP. The second start saw him lasting only 1/3 of an inning (4 ER). 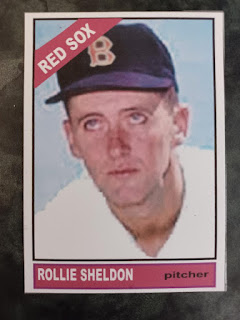 What a way to start a career! In each of his first two seasons, he won a World Series ring with the Yankees, without even pitching in the postseason! 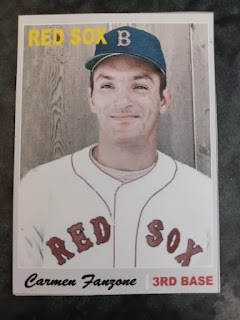 Fanzone started out with the Red Sox in 1970 before moving on to a few years with the Cubs. Two of his 3 Topps cards mention his talent playing the trumpet! 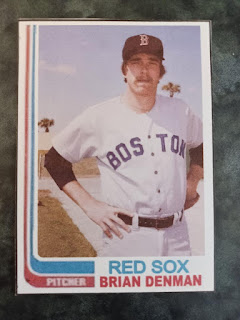 His hometown is listed as Buffalo, NY. Shout out to a fellow Western New Yorker! 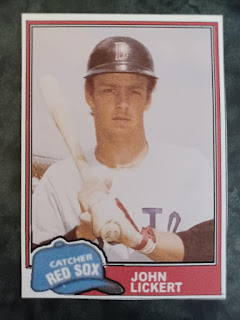 Here we have the Red Sox equivalent to "Moonlight" Graham!  On September 19. 1981, Lickert stepped onto the field at Fenway to catch the 9th inning. Four batters later the game was over and so was Lickert's Major League career. No at-bats, just that one brief moment on the field. 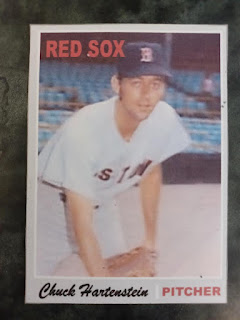 The Red Sox were the last of three teams Hartenstein played for in 1970. That would have been the end of his time in the Majors until 7 years later when he joined the expansion Toronto Blue Jays. (His 1977 Topps card is particularly groovy, man!) 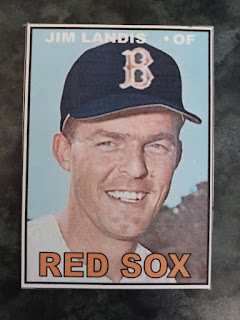 The most prominent player from the group. With the White Sox, he was a 2x All-Star who won 5 consecutive Gold Gloves. He finished his career in 1967 playing 5 games for Boston.
Thanks for the cards, Rod!
Posted by Matt at 10:00 AM