Collecting Cutch has a contest going on. The contest is to display a Top 10 personal collection of a favorite player. I was considering something like this for a blog post anyway, so why not use the chance for a cool card as motivation?

Now, who to pick was the real question. Since we're doing personal collection, I'd be most likely to have 10+ cards of someone from the late 80's/early 90's. Fortunately, the Red Sox had some good players then - Wade Boggs, Mike Greenwell, Roger Clemens, among others. In the end I chose Ellis Burks.

Ellis was a great all around player - he had power, speed, and was great defensively. Unfortunately, injuries took their toll. He continued to put up solid numbers after he left, most notably for the Rockies. In 2004, Ellis came back home to Boston for one final season. Injuries again prevented him from participating in the postseason, but he was a valuable member of the World Champions nonetheless. The sight of him carrying the trophy off the plane was special indeed.

Here are my Top 10 favorite Ellis Burks cards, all of course from his Red Sox days: 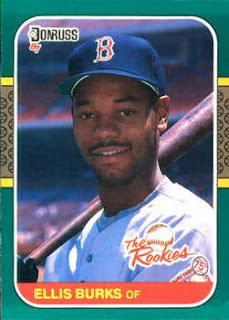 I'm not going to list these in chronological order. Rather, I'll go numerically by card number. Ironically, this still puts one of his earliest cards as the leadoff spot. I've always liked Donruss's "The Rookies" sets, and tried to pick them up at card shows each year. 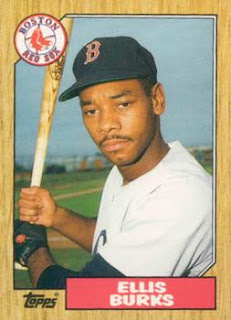 Ellis gets the wood-grain treatment here, and this is a great looking card. 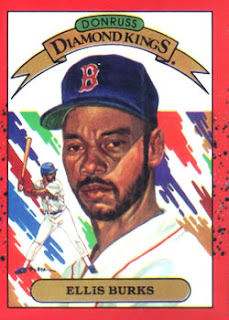 I loved the artwork on the older Diamond Kings subsets. The paintings really stood out from the photography. 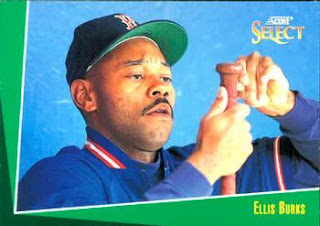 I can't recall many cards of players taping their bat handles. This is a great shot and well framed. 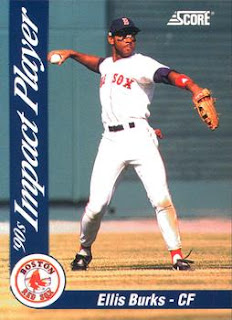 I loved this insert set from Score. I wish this design was used for their base set. 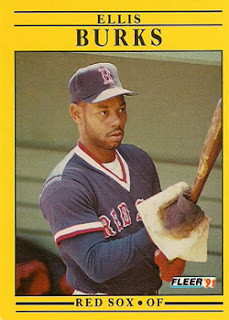 Another shot of Ellis taking care of his bat. This time, he's about to add some pine tar. Again, something I don't recall seeing a lot of in card sets. 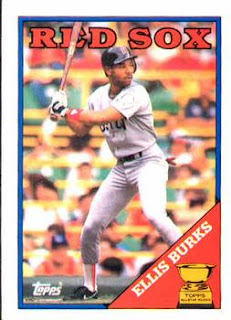 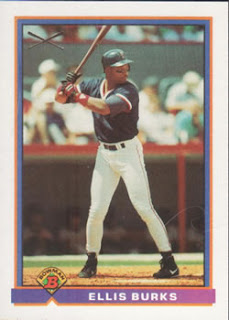 The Silver Slugger Award doesn't get much love. I like how Bowman simply honors the previous year's winners in this set. 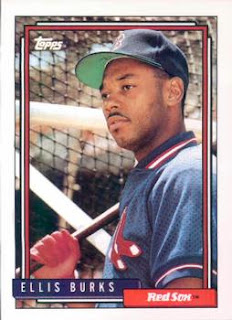 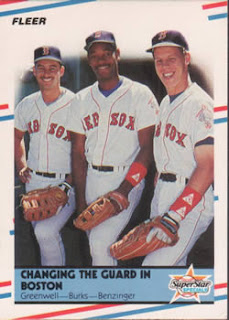 I'll wrap things up with this multi-player card. The youth movement in Boston at this time reminds me of the young crew they have now. I see an easy parallel between Ellis Burks and Mookie Betts. So, what do you think? Any Ellis out there that you think should crack my Top 10?