Well, my initial predictions really fell flat! So much for my Indians vs Nationals World Series!

To get it out of the way, my Red Sox did not play well at all the first two games. They performed much better at home, but you cannot give a talented team like the Astros a two game lead and expect to win the next three. I don't know what changes are in store for the lineup this off-season, but a new manager isn't going to be the difference maker.

What surprised me the most was the poor performance of some great pitchers. Chris Sale, Corey Kluber, and Max Scherzer all had Cy Young worthy seasons and were supposed to lead their teams deep into the postseason. I personally felt seeing theses guys twice in a best of 5 series would be the main reason their teams would advance. They all disappointed, and now their season is over.

Before, I had stated that there were really only two teams that I didn't want to win the World Series. Guess which two advanced! Only the Dodgers and Astros have a chance of ending sizable title droughts now.  I'm hoping one of them does!

Let's update my predictions and see what I expect/hope to happen: 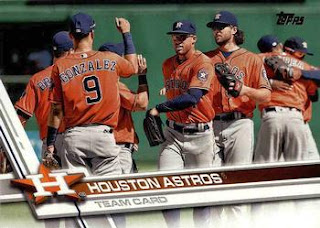 This is based partly because I don't want the Yankees to win, and partly because I watched first hand how amazing the Astros really are. They are now the best team among the 4 left. Of course, I said the same thing about the Indians, and look where that got me. Seriously Yankees, stop winning. 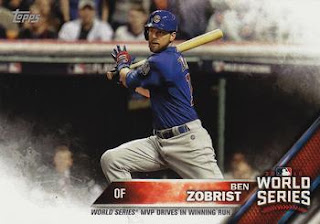 I'm seriously OK with either team. I'm hoping the Dodgers win, because 1988 was a long time ago, and the Dodgers have some very likable players. That being said, the Cubs are in the midst of a dynasty-like run, and something in my gut tells me this rematch from last year is going to be a case of deja vu.

Again, my AL-bias is showing, and again, I watched them dismantle my team with relative ease. I just can't shake how deep and talented this team is. We shall see.