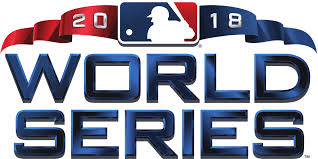 I know, I know...I'm about a week late to the party. I'll be honest, I'm still taking everything in and processing the pure joy of another World Series title for my favorite team. I needed the time to compose my thoughts. It was a fantastic year, and I have a lot going through my scattered mind right now...

...I'm rather impressed with myself right now. Other than picking the Cubs over the Rockies for the Wild Card game, my predictions were spot on! I even managed to win a contest!

...No disrespect to the Dodgers, but I don't think I saw this team at it's best. I was expecting a heavyweight fight, and aside from Game 3 and most of Game 4, the Red Sox pretty much owned them. That late comeback in Game 4 completely deflated them.

...I like Dave Roberts, but he's now officially the poster boy for why the analytics department can't be the infallible decision maker for a team. You keep your top 3 home run hitters out of the starting lineup for the first two games just because the Red Sox started lefties?  You keep throwing Ryan Madson out there when he lets every single inherited base runner score? You take out not one, but two starters who made the Red Sox hitters look hopeless, while they still have bullets left?


...That being said, none of that would have mattered. The Red Sox just had one of those magical seasons where it almost seemed destined. It's telling when the World Series was the least dramatic series the Red Sox played. It almost seemed underwhelming compared to the Yankees and Astros dog fights.

...I watched every game in it's entirety except the Game 3 extra inning masterpiece. I lasted until that crazy 13th inning ended. I had to get up in the morning and decided to be a responsible adult and go to bed. Ironically, I taped that game and even set the DVR to record for two hours after the scheduled end time. It wouldn't have mattered anyway.

...Truth is, as soon as we had our catcher manning first base in that game, I felt the Dodgers would ultimately prevail. Cora burned through the bench quickly, and I was waiting to see a pitcher in the outfield.

...I'll never get close enough to the guy to prove it, but I'm convinced beyond reason that Nathan Eovaldi has a cybernetic arm.  That 2nd Tommy John surgery was just a cover-up. What he did was too amazing not to have some element of sci-fi in it.


...Alternately, I also believe Eduardo Nunez should force Eovaldi to divulge the name of the mad scientist who made him part machine. Otherwise Nunez will eventually collapse on the diamond and just dissipate into a Thanos-style pile of dust.

...I hope Steve M-V-Pearce gets all the talk show invitations and superstar treatment. How can you not be happy for a journeyman who plays for the love of the game? He deserves  these 15 minutes of fame.


...How many of my fellow Red Sox collectors had at least a thought of starting a Steve Pearce PC? I know, he doesn't have a lot of cardboard in a Boston uniform, but I'm almost willing to bet he'll show up in the 2019 base set.

...I also think he'll resign with the team. He grew up a Red Sox fan, he won't cost much, and the platoon with him and Moreland worked out fantastically. Get it done, Dombrowski!

...I also think Joe Kelly will be back with the team too. As much as I like the other pending free agents, I don't see them coming back. Kinsler isn't going to be needed with a healthy Pedroia back. I would love Eovaldi and Kimbrel to return, but I think the market will be crazy and someone is going to backup a truck full of money and overpay for both of them.

...I wonder how many people in Los Angeles (and New York honestly) took advantage of the free taco on Thursday? Did the lure of free food justify the manner in which it was won? Did they roll their eyes and utter a muffled "Thanks, Mookie" as they enjoyed a free lunch? 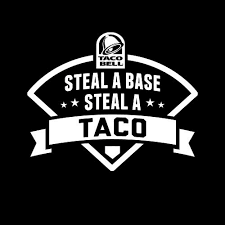 ...I hope Alex Cora has a Scioscia-like tenure as the Red Sox manager. I've never seen so many players rave about a manager to this level before.

...I wish I had an actual budget for cards. I'd be very tempted to spend the $50 for the Topps Now World Series set.

...David Price - worth every penny.


...In fact, every contract the Red Sox have paid is justified in my book (Well, maybe not Sandoval's). We won every trade, and every prospect we gave up to acquire guys like Sale and Kimbrel was worth it. Going over the luxury tax limit paid off, and anything they do during the off-season gets the automatic benefit of a doubt.

...That being said, there will be no excuse to not sign Betts, Sale, and Bogaerts to extensions.

...Last but not least, may I add - Spring Training can't start early enough! 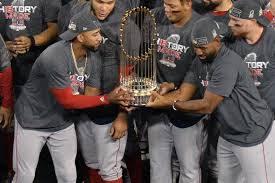