Remember the Fairfield repack box I recently wrote about? It also came with a pack of 2015 Topps, one of the better set designs Topps has had in recent years. Just to break things up a bit, I'm going to use it for this week's Payday Pack. Here are the Top 3 pulls:


I know psyching out the opposition is a part of the game, but Weaver looks like he's ready to straight up kill someone. I would not want to be in the batter's box with him on the mound! 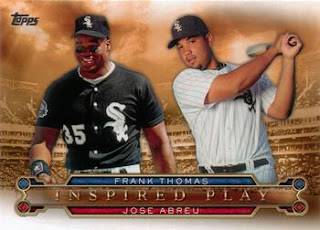 This is a great card featuring a Hall of Famer. I like the black and white contrast between the two uniforms. 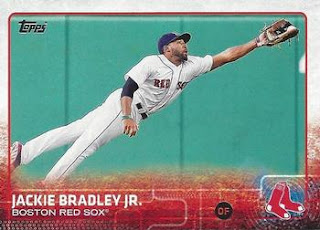 Superman himself couldn't strike a better pose as he flies through the air. JBJ is a marvel in center field!

Chris at Nachos Grande has been doing a series called "(Even) Better Know A Blogger" where he asked some volunteer bloggers to respond to a questionnaire. Last night, I was the featured blogger, so if you haven't already, go check it out! It's been fun looking at the responses my fellow bloggers have given!

Also, if you'd like a shot at winning a Dave Winfield rookie card, head on over to Johnny's Trading Spot - He's got a very time consuming contest going on, and right now it's seems that I'm the only active participant! Guessing games are a lot more fun when more people are playing, so head on over and try your luck! I won't be mad if you win, I promise!