Happy Star Wars Day! ("May the 4th Be With You" - Still an all time great play on words!)

Although I am a Star Wars fan, I'm not nearly as much anymore as my reputation among family and friends lends itself to be. I'm a big fan of the original trilogy, the prequels were so-so, the sequels better than the prequels, and I enjoyed The Mandolorian a lot. I haven't watched any of the Clone Wars cartoons, although I'm secretly hoping the 80's Droids and Ewoks series make their was to Disney +.

Anyway, I figured I should whip up something for today in celebration. Being primarily a baseball themed blog, I tried to do a tie-in somehow and discovered the great James Earl Jones officially has credits in 5 baseball themed movies!

I only found one other instance of a prominent Star Wars actor (at least from the classic trilogy) that appeared in a baseball movie, but Mr. Jones seems to make his mark everywhere! Here are his 5 baseball movies in chronological order. 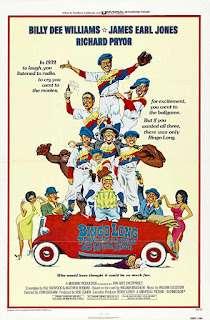 Not only does this underappreciated classic  star Darth Vader, but Lando Calrissian as well. Throw in the comedy of Richard Pryor and you have one great baseball comedy! 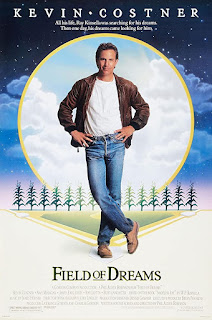 The baseball roll James Earl Jones is best known for. His speech on baseball marking the time will echo throughout history. One of the baseball tragedies of this Covid-19 pandemic is the loss of the first official MLB game to be played in the Field of Dreams location. I was looking forward to that, even though the Yankees were one of the teams. 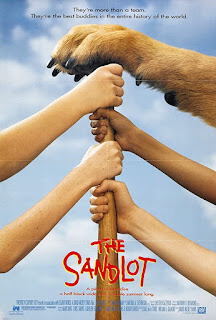 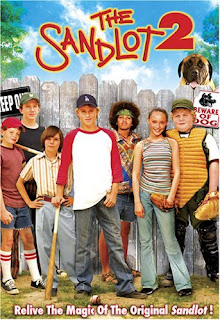 I'll be honest, I didn't even know they made sequel. 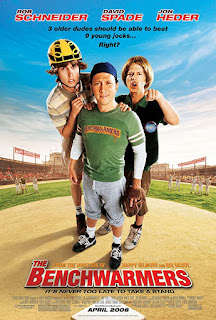 Ironically, James Earl Jones isn't "technically" in this movie. But he officially has a vocal credit as....Darth Vader! I'll admit, I liked this movie. It's one of those "turn off your brain" and laugh at the stupidity that an Adam Sandler production is known for.

Since I just did a post dedicated to James Earl Jones, I'll leave you with one of my all time favorite TV moments:

Email ThisBlogThis!Share to TwitterShare to FacebookShare to Pinterest
Labels: random