A week after the baseball world mourned the loss of Tom Seaver, another all-time great passed away. Hall of Fame outfielder Lou Brock passed away September 6th at the age of 81. 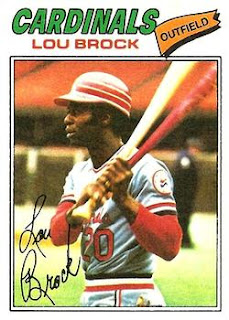 I was surprised to find out this was the only card I owned of him from his playing days. 1977 was a memorable year for Brock, who officially became the all-time steals leader on August 29th of that year. 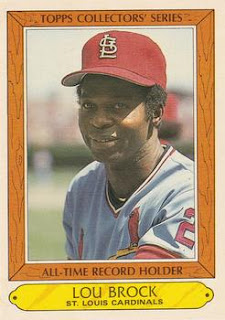 Among oddball sets, this Wolworth offering is among my favorites. One of the less known records Brock owns: the Major League record of 12 consecutive seasons with 50+ stolen bases (1965-76). If Rickey couldn't break that one, I don't think anyone will! 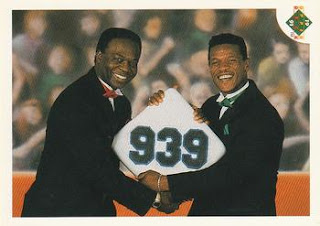 Of course, Rickey eventually broke Lou's Major League record for stolen bases. Brock is still the National League stolen base king however. Brock's career had been over for some time when I got interested in baseball, so I didn't learn how great he really was until Henderson started getting closer to the record. I love this card - from the painted crowd in the background, to the team color specific bow ties - this card was just straight up classy! 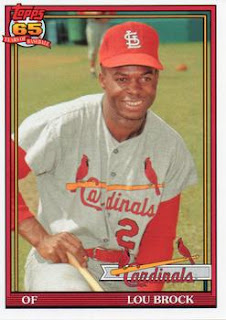 Like I said, I didn't have any cards from his young days, so this Archives card will have to do. It's cards like this that make me enjoy the Archive brand so much! 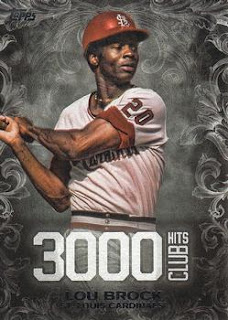 Lou became the 14th player in history to collect 3,000 hits in 1979 when he stroked a single against the team that traded him, the Cubs. That would turn out to be his final season, and he retired winning one last award - the 1979 NL Comeback Player Of The Year!
Rest In Peace, Mr. Brock! You will be missed!
Posted by Matt at 10:00 AM