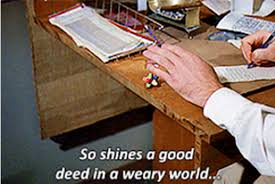 Recently, I have been blessed with some random acts of kindness from other bloggers. Awhile back, Daniel from It's Like Having My Own Card Shop emailed me to verify my address. Shortly thereafter, I received this generous stack of cards: 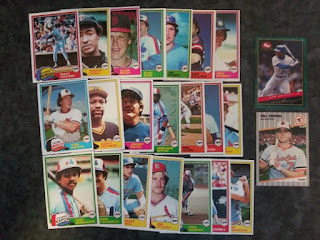 All of these cards are from sets I'm So Close to completing. Daniel put a significant dent in my 1981 Topps set build, as well as including the edited version of 1989 Fleer's most famous card. The 1994 Post Griffey left me chasing one final card for that set too!

Even more recently, I received a PWE out of the blue from Chris from The Collector and The 1993. He too knocked a few cards of of the So Close page. 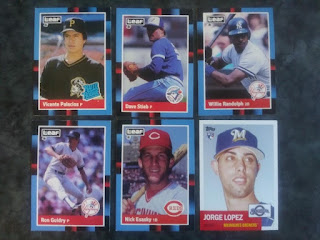 I'm pretty sure those are the first 1988 Leaf cards I've added to my collection since I bought a box of the stuff 32 years ago!
Thanks again Daniel and Chris! I don't know how I deserved to be on the receiving end of  your kindness, but these cards made my day! 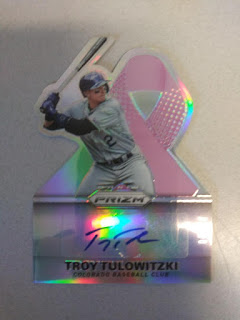 The extraordinary kindness I've witnessed lately doesn't just involve cards sent to me. All month long, Brian at Collecting Cutch has been raising awareness for breast cancer research. He's been doing this for years, every October, but this time he added another layer to his generosity: Other bloggers can post featuring pink cards, and for every comment made Brian will donate $1. So far he's raised over $300 towards his capped goal of $400! Now that is amazing! Way to go Brian! Hopefully I'll get a few comments here to up your donation!
Posted by Matt at 10:00 AM