First game of vacation was in Dunedin  Stadium in Dunedin, Florida. This is my first time at this stadium and seeing the Blue Jays. We got there early and did a little tailgating before heading into the stadium.
It was 74 degrees, but the humidity made it feel like 82. Luckily we were in the shade for most of the game, which the Blue Jays win 5-2. 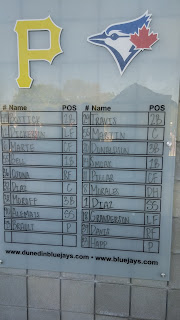 Here's the lineups. The Jays had there big guns out, while the Pirates sent a slot squad. 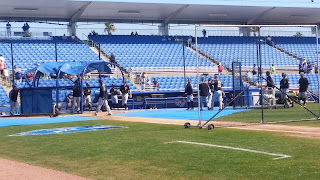 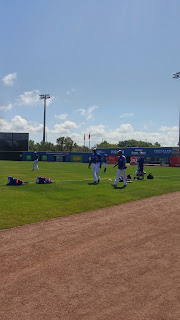 A few pre game pictures taken along the first base side.

Let's play a game. I was successful getting an autograph at the game. Can you guess who this is? I'll start you out with 5 points. Subtract 1 for each clue you need. Ready? 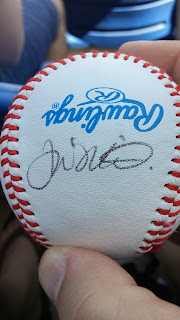 Take a guess in the comments below.

I'll end with a shot I took of the sunsetset off the Gulf of Mexico this evening. 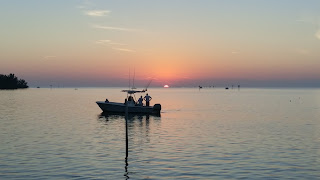