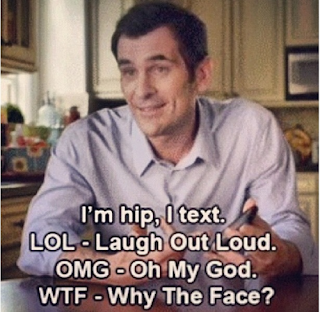 This was supposed to be just another one of my Payday Pack posts, but as I looked through the cards and entered them into the TCDB, I felt a whole different post idea come along.

I'll admit, seeing other reviews from the rest of the blogging family didn't really endear me to this year's Donruss set. However, I've learned that there's a difference between seeing online images and holding the cards in your hand. I decided to give Donruss a try, and bought a 30 card pack. I don't think any single pack has ever given me so many WTF moments...

This has been discussed plenty elsewhere, and I have to say I agree with the opinion that the white swoosh is wasted real estate. Would it have really been that difficult to put the players' names on there? Oh, and Ozzie, my man, what's up with those shades?

If  1/6 of the cards in a pack are short prints, are they really that rare? Topps has conditioned me to believe that the handful of times I've pulled a short print in a retail pack were noteworthy occurrences. Donruss apparently is giving them away like Oprah gives away cars. This pack had 5 SP in it! That's not what I would expect. The SP themselves are pretty random too. Some of them, like this black and white variation, look great. Others however...

Some baseball players can get away with just a single name - Ichiro. Pedro. Reggie. Bob. (Just seeing if you were paying attention!) You can't really make that argument with Hall Of Famer Tony Gwynn. Of all the possible variations they could have done here, what made them just list his surname? What was the thought process here?


This just flat out makes me sad. I used to love the Diamond Kings subset in Donruss. The artwork was unique and creative. Being a Diamond King used to mean something, gosh darn it! This is just laziness, like they decided to go with a rejected base design and slap the Diamond King label on it. The back of the card is just a pointless copy of the front image. There is nothing special about these cards whatsoever.


Not all of my WTF moments were of the sarcastic, "What were they thinking?" variety. I actually did a double take at this picture. The camera angle makes it look like Marichal is doing some awesome Matrix-level bending here. This is an awesome card and probably my favorite from the pack. Kudos on this one!


Just like the Diamond Kings, I find this parallel pointless and lazy. Blank backs just don't do anything for me, especially when the blank back still has to include all the company and legal text. The lack of the card number particularly annoyed me.

I'll be honest, I like the base set. I like the design and the colors, and love the tribute to the 1984 set. The short prints are very hit or miss, despite being easily attainable. Maybe I'll buy another pack, we'll see.

One last thing - It's not every day you get a chance to win a relic from a Hall of Famer. You should probably check out the contest at The Daily Dimwit.