There's a Goodwill about a quarter of a mile down the road from where I work. Occasionally I take my lunch break and wander around for a bit. This store never has baseball cards, but one particular day last month I spotted some:


I agree, not much to look at. Junk wax galore, and not necessarily in the best of shape! It was only 99 cents however, less than I spend on a 30 card repack from the Dollar Store. What the heck, there might be something interesting among all those early 90's Donruss. At least I get a blog post out of it!

I separated the cards out into 4 piles - The two largest sets (1991 Donruss and 1988 Score), all other baseball cards, and all non-baseball cards. I'll keep track of  cards I need, Red Sox cards, and any Hall of Famers. Lets see what I ended up with!


As it stands now, I'm 35 cards short of completing this set. There's a chance I may actually pick up a few cards I need! 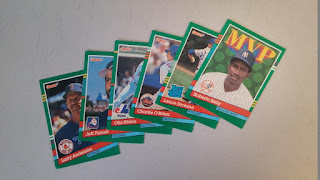 What do you know? 6 cards closer to completion! Not a bad way to start!


This set, on the other hand, I have completed already. I still sorted through them however, on the off-chance there was an error card or two. 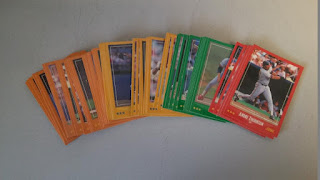 Good thing I did! It turns out that almost half of the cards were of the glossy variety. Shows what I know - I didn't even know Score had glossy cards then! Apparently they were part of a factory set. All those glossy are technically needs...


The rest of these cards were a neat assortment ranging from 1984 - 2000. There were some noteworthy things in here, including: 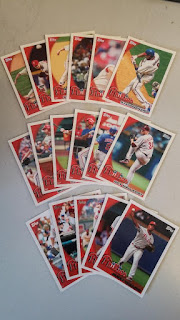 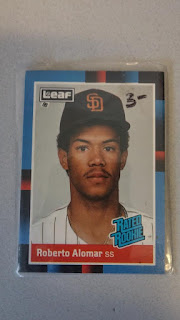 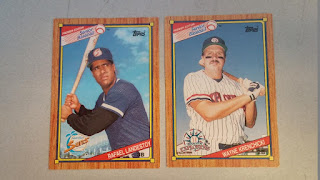 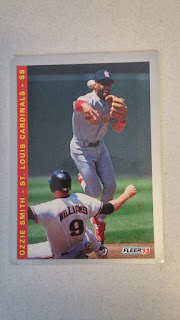 
Unfortunately, there were a lot of CCG gaming cards in this bag, mostly Avatar and World of Warcraft. I have no desire to keep any of it, so I'll probably just send these back to Goodwill. There were however two cards that I thought were cool and worth showing off: 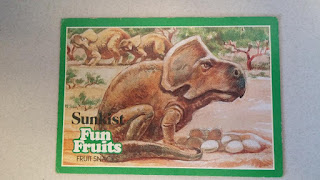 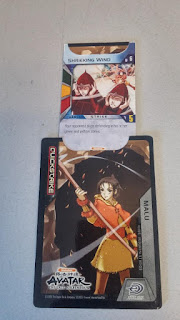 So out of 447 cards in the bag, about 30% are cards I didn't have, and all for under a penny apiece! Not a bad haul for a random stop at the local Goodwill!