Baseball fans everywhere lost a legend when Frank Robinson died today. In honor of his remarkable career, I'd like to present the Top 5 cards of his in my collection: 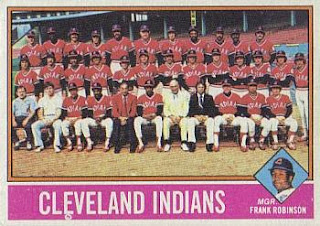 8 days after I was born, on April 7, 1975 Frank Robinson managed his first MLB game, the first African American manager ever to do so. It seems almost appropriate being Black History Month. It may not be the same level as Jackie Robinson breaking the color barrier, but Frank paved the way for men of color to be more than just players. 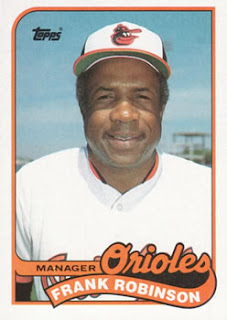 It's only fitting that he would one day manage the Orioles. Despite being known as a fierce competitor, Frank had a warm smile that showed a love for the game. 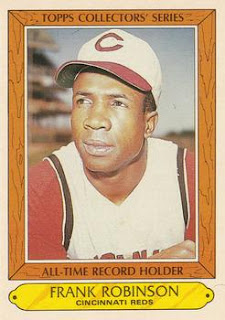 I always loved the look of this set. The wooden frame and gold label give it a timeless appeal. 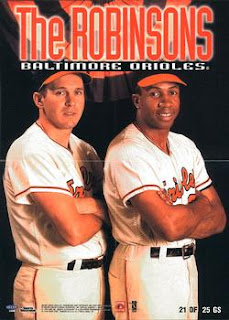 This is more of a mini poster than a card, but it was an insert in a card set and the repack I pulled it from made for a cool surprise. The two Robinsons made Baltimore a force in their time. 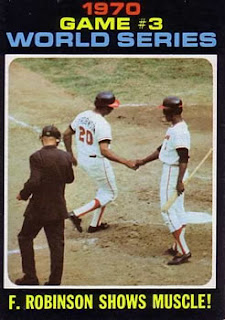 Such a simple shot, but there's just so much going on! Frank is about to cross home plate, and receives a congratulatory handshake on the way. An umpire in the foreground looks on. (Another Black History Month fun fact while I was researching this World Series up: In this series, Emmett Ashford became the first African American to umpire in the Fall Classic!)