Thank the Lord for Target! I've been making routine checks at Wal-Mart, hoping to see some of the new base set, but they've been slow to the punch. Fortunately, I had an opportunity to visit Target and they had everything out! Now I can open a pack and see how I feel about it now that it's in my hands! 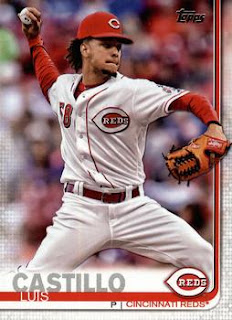 Alright, lets talk about the design. I'm happy for the partial border. The lines remind me of early 80's designs, and the bathroom tile effect in the corner is subtle and not overpowering. I know some people weren't a fan of the last name getting top billing over the first, but this doesn't bother me. Castillo's shot is your standard "pitcher gonna pitch" photo, but I like how it crosses over the border. 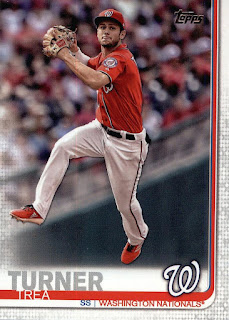 That's about as nice of a closely cropped jump shot as you're going to fine. Well done! 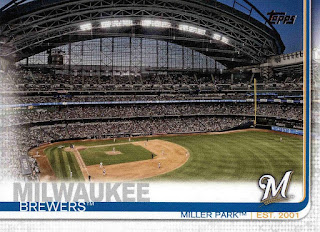 If this card is indicative of the whole stadium subset, then I am a fan. Beautiful photography. This is the kind of picture you set as your computer's desktop image. 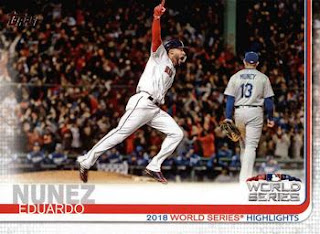 I didn't start buying cards again until 2015, which means this is my first time pulling a Red Sox World Series card. It's everything I hoped it would be! 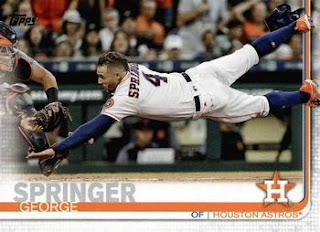 This is officially my way-too-early choice for card of the year! Holy cow that's fantastic! 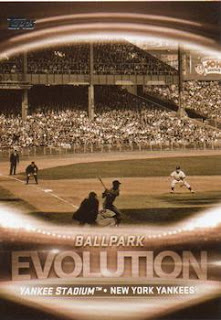 The sepia tone of the old Yankee Stadium makes this insert really stand out. The white lettering is a bit washed out but overall a nice looking insert. 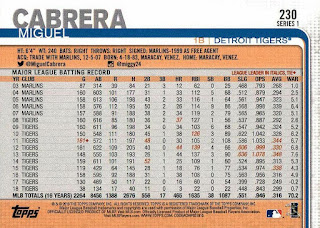 Let's peruse the backside, shall we? First off - full stats have returned! This is a welcome return to normal, even if my old man eyes are going to need a microscope to read anything. They continue to include player's Twitter and Instagram info, but have wisely eased up on displaying Topps' social media handles. (The #ToppsBaseball hash tag does seem to appear on players who are too cool to have Twitter/Instagram, like me!) 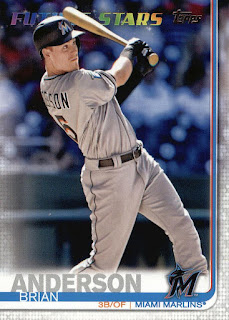 Rainbow colored "Future Stars" heading, and it's not obnoxious! Also, our first on-card look at the new Marlins logo (Too much black for a graphic in my opinion.)

Overall, I like this set quite a bit. The photography seems to be high quality, and the design is appealing without being overbearing. My biggest complaint would be the super small font size on the back. I understand if a player has 15 years of stats to include, but otherwise it needs to be more legible.