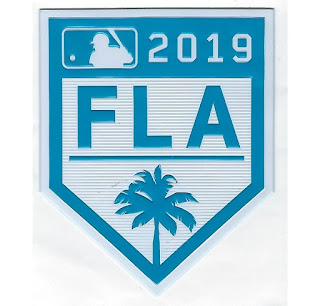 We bought these tickets well before Bryce Harper signed with the Phillies. However, it wasn't meant to be as Harper got hit in the foot the day before and would not play this game.


It was my first time at Spectrum Stadium, and the park was nice. This fountain of Steve Carlton was at the entrance.


Since we knew Harper was hurt, we figured out best chance at autographs was on the Astros' side. I ended up with one autograph, from top pitching prospect Josh James.

The game itself was a good one too. J.T. Really do hit a home run, but the Astros blew it open in the 5th by scoring 8 straight runs before getting their first out.

I managed to get some decent picks: