I Am The Sheep King!

I know what you are thinking....

No, really, I can! I'm a mind reader! How else can you explain my ability to accurately predict the answers set forth by a collective group of fellow sports card enthusiasts? Josh, over the blog Royals and Randoms, devised an elaborate experiment under the guise of a contest. Through a series of questions, Josh set forth to determine which willing volunteer had the greatest ability to predict the answers given by the group as a whole. What answer would most of us lab-rats (lab-sheep?) give for each query?

I won the contest! (I mean, I showed the greatest potential for super-human cognitive ability!)

As reward for my predictive "gifts", Josh kindly sent a generous supply of cards, cards so amazing that even I could not predict their awesomeness!

I know what you're thinking...

You want to see the cards he sent, don't you?  (Sometime my abilities amaze even me!)

Josh sent over 60 Red Sox cards in two packs of pure beauty. I'll show off my 10 favorite cards from one pack now, and save the other for another post. 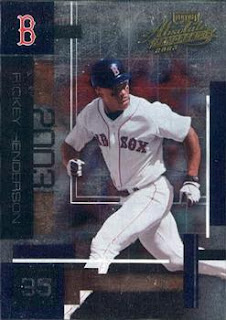 Leading off, we have the greatest lead off hitter ever from his brief stint in Boston. The image doesn't really do the actual card justice. 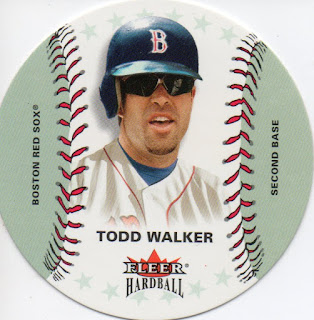 I really like the 3-D effect the stitches give this circular card. 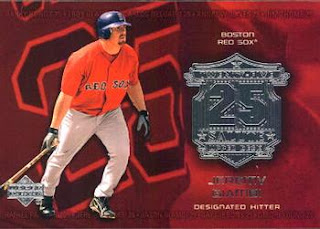 This is a great looking card, but I'll admit I'm confused about the rational behind this particular insert set. It's just a set of players who wore #25 on their uniforms. Why? 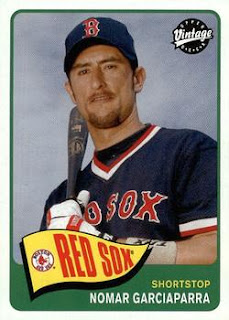 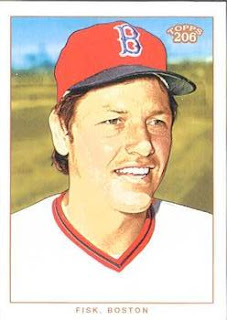 I enjoy the artistic layout of this Fisk card. Simple, but elegant! 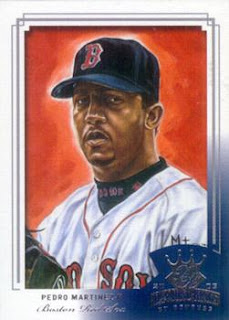 There's something about Pedro's eyes on this card. It almost looks like he feels sorry for the poor soul he's about to strike out... 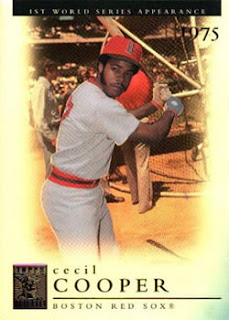 I always thought Cecil Cooper was underrated. I'm glad Topps gave him some love with a card like this. 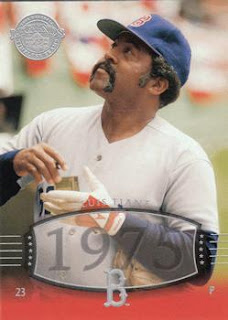 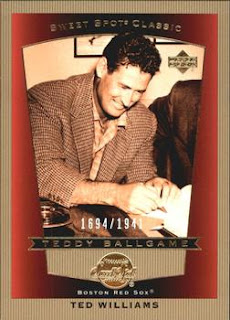 If I actively collected in 2003, this set would have caught my eye. It's a beautiful looking set. It's really a shame half of it is serial numbered. 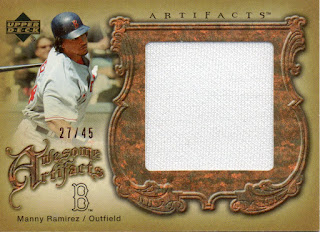 Boom! An insert that lives up to it's name! This big, white swatch 'o Manny is truly awesome!

That's all for this pack, I'll show off the rest of the cards in another post. Thanks again, Josh! These are amazing!
Posted by Matt at 10:00 AM