As much as I like Heritage, it's not a set I'll ever chase. The set completionist in me finds all those short prints an abomination of the hobby. In the past, I've bought maybe a hanger or two, then maybe hope I find them on clearance. This year, however, I've been more excited than ever purely because of my personal team fandom. The 1970 set had two great subsets going for it - the World Series highlights and the Sporting News All-Stars. The Red Sox are obviously well represented in both. In fact, the set has a whopping 34 Red Sox cards in it, and only 4 of them are short prints. That, to me at least, makes this a set worth buying. Here's my first in-hand look at 2019 Heritage, along with some thoughts: 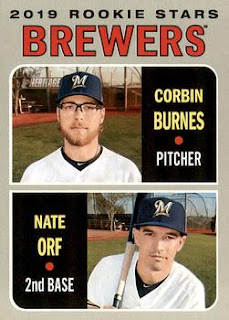 The honor of the first card from the pack goes to this pair of Brewers rookies. Upon further research, neither of these guys appeared on the Brewers Top Prospect lists for 2019 or 2018. Not much to get excited about. 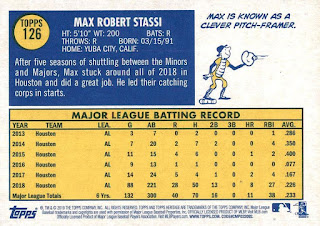 It looks like they did a great job with the backs too! Cartoons are always a plus, and Stassi's cartoon is the first time I can recall seeing the "pitch-framing" skill to be mentioned. 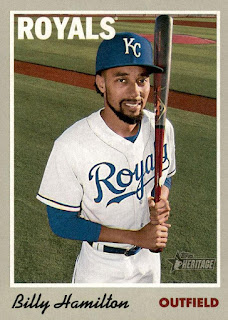 First look at a player who changed uniforms during the off-season. 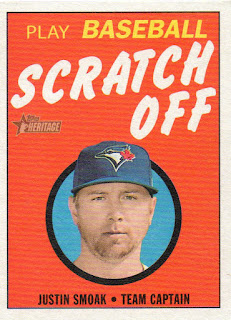 A cool reproduction of an original 1970 insert. If I ever get a double, I might be tempted to play it... 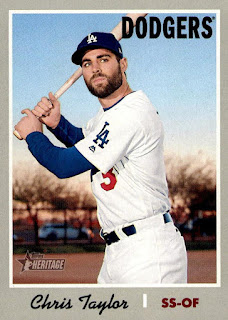 Shout out to a UVa alum! I like the contrast on the background with the blue sky over an almost sepia earth. Somewhere, someone is looking at this card and thinking "Hey! That's my car!" 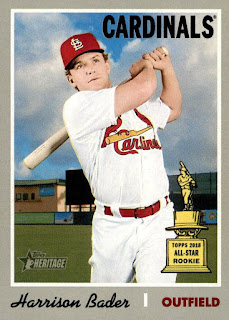 We end things with the best card of the pack. How can you not love those old style ASR trophies?

Yawn! Not only did I fail to pull any Red Sox cards, but this pack severely lacks any star power. In fact, outside of the Pitching Leaders card, no one in this pack was featured on MLB's Top 100 Players Now list. That's really disappointing.

Oh, well. Hopefully the next pack will make up for it...