Return Of The Sheep King

Finally, I'm ready to show off the rest of the cards I won from Josh (Royals And Randoms) from his baseball sheep contest. If you missed the first post, you can find it here. Just like before, I picked out my 10 favorites to show off: 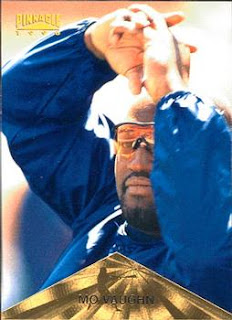 Maybe because it looks like he's cracking his knuckles, maybe it's those sweet goggles he's wearing, but this is a great card of the Hit Dog, even if his face is partially obscured by his sleeves. 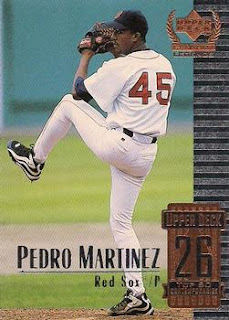 Already a legend in Upper Deck's eyes, he'd cement that status with an epic 1999 season. 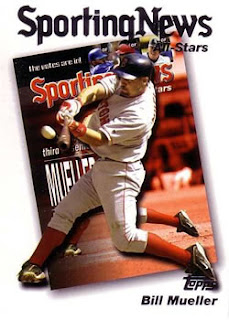 I've already shown off this card earlier, and now you know where I got one from! Great job by Topps using The Sporting News as the card's backdrop. 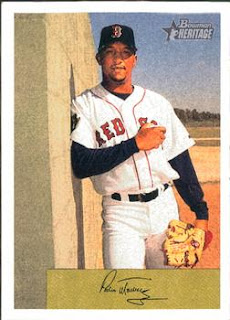 Intentional graininess aside, I like this simple pose from Pedro. 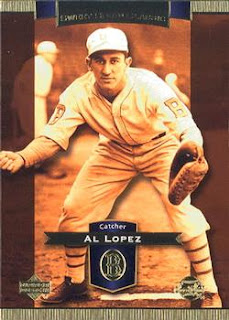 That sure does look like Boston's B, doesn't it? The Brooklyn Dodger's Al Lopez managed to sneak himself into the Red Sox stack! 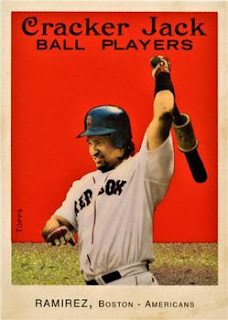 I really like the old Cracker Jack card design, and Manny is always a great subject matter. 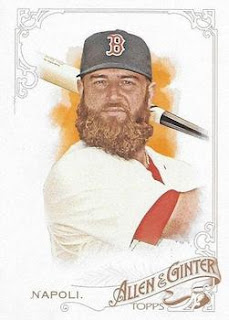 Can just a player's beard make the Hall of Fame? Napoli's was truly a hirsute work of art. 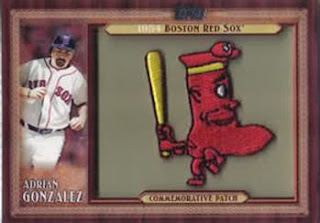 I'm not one for manufactured relics, but it's hard not to like the creepy old Red Sox logo. Man, how did that not give kids nightmares?

- Pillars Of The Community 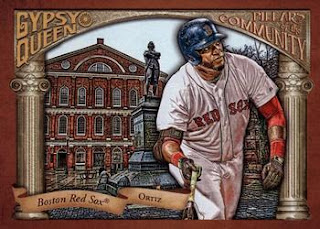 This is just a beautiful card! I love when a player's off the field charities and endeavors are highlighted as well! 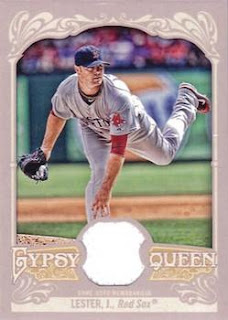 Thanks once again Josh! These cards are fantastic!

It's time to reveal the third clue of the contest, worth 8 points. So far you've been given the following clues:

Clue #1: He's a former All-Star.
Clue #2: He was once traded for a former Cy Young Award winner.

If you've made guesses on either of the two previous post, a guess here replaces them. Also, don't forget you can earn bonus points for guessing the year and the manufacturer of the card! Here's the latest clue:

Clue #3: He was almost traded for a Hall of Famer.