The Absolutely True Story Of A Contest Win

Daniel from It's Like Having My Own Card Shop celebrated 10 years of blogging over the summer. To celebrate, he held one of the most creative contests ever. To win, you had to flex your creative muscle and write on one of numerous topics. I managed to post 3 entries:

The Worst Card Ever Made

The Greatest Card Ever Made

My time-travel bending story about Mike Perez was one of 3 winners! (Oh, and you should seriously go check out the other two winners - they are over at Cards As I See Them and Baseball Cards Come To Life!) Daniel had 3 amazing prizes to give, and when the dust settled I received this beauty: 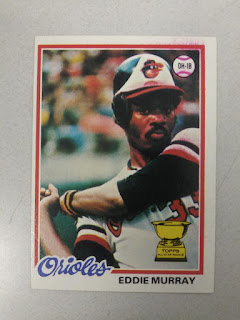 Another Hall of Fame player's rookie card gets added to the list! Daniel added some extra cards too. He managed to put a dent in my So Close! page: 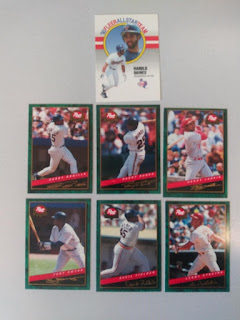 The Baines was the last one needed for the 1990 Fleer All-Star Team insert set, and these six other cards mean I only need two more to complete the 1994 Post Cereal set (Mark Grace and Ken Griffey Jr if you were curious). Daniel also included some great Red Sox cards: 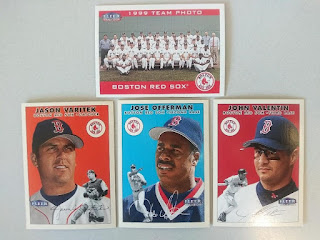 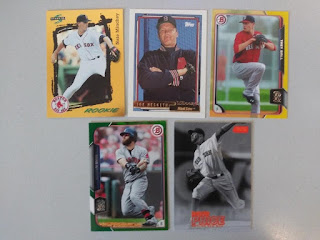 Lots of good stuff - Fleer Traditions, parallels, and even a serial numbered Mike Napoli! I also have to give a shou-tout for the Joe Hesketh card - he's a native Western New Yorker like me! Thanks Daniel!

Going back to that Eddie Murray rookie, I made a surprising realization as I was adding the card to my TCDB collection. I'm only 84 cards away from completing the 1978 Topps set! I knew I was up there, but never really realized how close I was! The Murray rookie is easily the main card from that set too, so I'm not even looking at any difficult needed cards either. I'm not ready to make this a high priority yet, but now that I know how close I am, it's definitely something I'll keep in the back of my mind with future trades and purchases. If anyone is interested, here's what's missing:


Next week is the beginning of Breast Cancer Awareness Week, and you know what that means! It's time to head over to Collecting Cutch and partake of his Save Second Base extravaganza! Check out this post now and predict who you think will hit the first double of the World Series! The prize is just awesome!
Posted by Matt at 10:00 AM