I try not to get caught up in the latest rookie crazes. Gone are the days of hording rookie cards by the dozens in hopes of turning a profit. If I get one the year's key rookies for my base set I'm happy. If a get a second copy, I'll happily trade it. This was the case last month when I pulled a duplicate of White Sox youngster Eloy Jimenez. I put it up on my TCDB trade list and a few days later someone proposed a trade for him. That one card netted me 9 Red Sox cards I still needed from this years base set. Not a bad exchange at all! 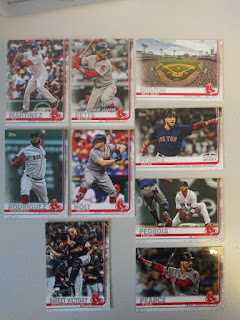 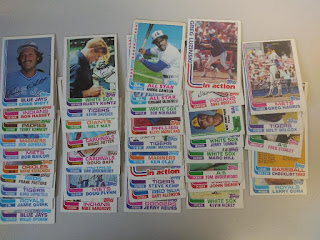 Alonso and Tatis don't have anything on an Andre Dawson All-Star and the unforgettable Rusty Kuntz!

Thanks for the trade Herman!