I had an opportunity to participate in a fun group break. Bill from Death Stare Cards had purchased a lot of 1700 insert cards, and was offering up teams for $15 each. I figured most of those inserts would be from before 2016, when I really started to get back into collecting. Therefore it was likely that I wouldn't have most of those cards in my collection already. Turns out I was right - out of the 59 cards I received, only 8 were cards I already had. Not a bad ratio! 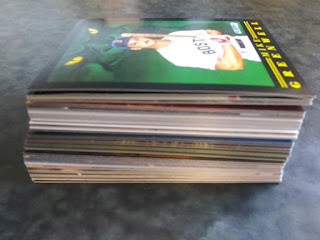 This stack contains cards from 36 different insert sets. Rather than show off every card, I picked my 10 favorite insert sets and list them here. 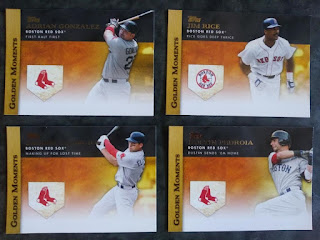 Simple in design and concept, this set seems like it was designed to be autographed. Lots of open space for a signature! 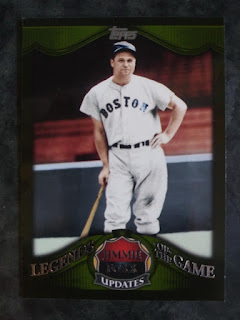 I was ready to have this set listed higher up on the list, but then I looked at the set as a whole - a 25 cards set featuring legends of the game, and multiple people are listed twice. You can't come up with 25 Legends? The final straw was seeing Wade Boggs listed twice, but neither as a Red Sox player! I like the look of the card, but the checklist is weak. 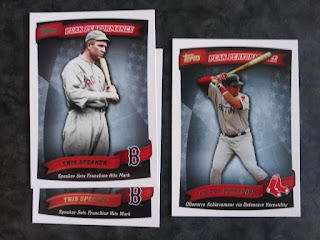 I'm not a fan of the generic background, but red ribbons work well. I like the write up on the back more. 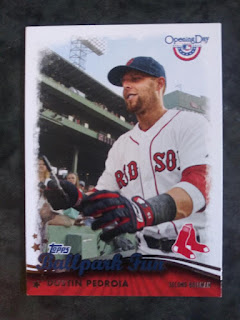 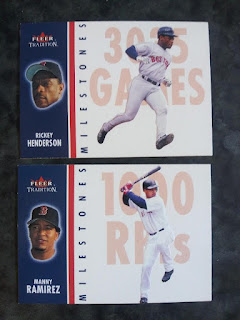 Career milestones are always cool, and how could I not appreciate another Rickey with the Red Sox? 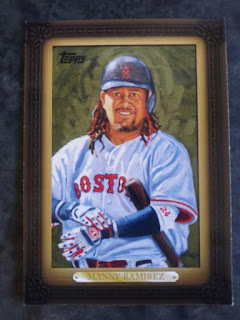 I'm pretty sure this is what Topps Gallery wishes it was. Who would have thought Dick Perez's Donruss Diamond Kings would have such a lasting impact on the hobby? 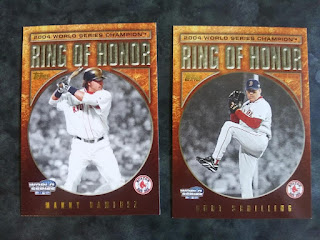 Any set focused on the World Series is going to be Yankee-heavy, but this insert set at least spreads the wealth a little. It could have focused more on more than just 18 franchises, but with 15 Red Sox cards in the set, I can't complain. 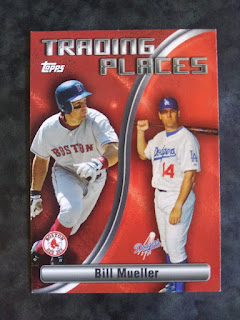 This is a fun and interesting way to show players who have switched teams. 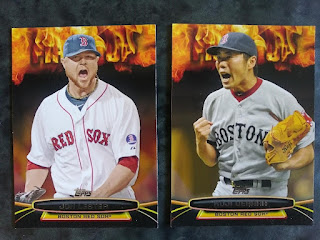 You want your team to have guys who are passionate about the game and not afraid to display emotion on the field. This insert set thankfully doesn't overdo it on the fire graphics (although I completely missed the words in the flames upon first viewing). 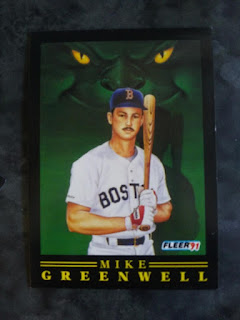 I've always loved these Fleer inserts, and this Greenwell card in particular is one of my all-time favorites. I have a few copies of it, and yet I don't mind at all getting one more. They are fun and artistic - basically Topps70 without the variety of artists. Nothing makes opposing left fielders run quite like the Green Monster!
Thanks for the cards, Bill!
Posted by Matt at 10:00 AM