With all the free cards being given away in the blogging community, I don't think anyone has given away more cards than Brian at Highly Subjective and Completely Arbitrary. He's been consistently hosting Free Card Fridays every week since February.

I took advantage of his generosity once before. When he offered up a lot of Red Sox cards, I once  again snatched up a few nice cards: 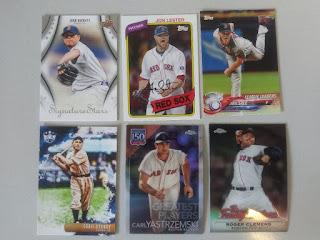 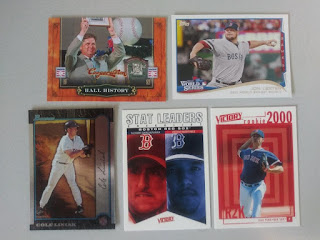 Favorite Card: Jon Lester in the style of 1980 Topps. Letting him go was one of the biggest mistakes the current Red Sox ownership has ever made.

Thanks for the cards, Brian! I hope the community of Minneapolis continues to heal and grow stronger from all that's happened.

Alex from Chavez Raving is taking a trip down memory lane, and if you join him you could win some pretty cool stuff! Head on over to his post, give him a follow if you haven't already, and comment with the card(s) that really gave that push towards collecting!