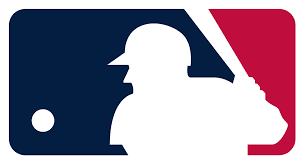 The strangest season in MLB history starts tonight, so I'm forgoing my usual Friday post to offer up some quick ideas:
Let's get the predictions out of the way. Unlike a regular season, this is going to be more like a sprint and not a marathon. A hot or cold streak could be all it takes to get a team into a postseason. I expect a couple of surprise teams to make a push for the postseason:
AL East: Rays
AL Central: Twins
AL West: Astros
Wild Cards: Yankees, White Sox
Yep. I'm picking the Rays over the Yankees in the AL East. With only 60 games, health is going to be a big factor and the Yankees have been the poster child for the IL these past few years. Maybe Judge and Staunton can stay healthy for 60 games, but I wouldn't bet on it. I also think the 2nd wild card is going to come out of the Central due to the quality of teams played, and have a gut feeling the White Sox are going to take a leap.
NL East: Braves
NL Central: Reds
NL West: Dodgers
Wild Cards: Nationals, Diamondbacks
Braves and Dodgers are pretty safe bets, but I think the Reds are going to just get by the rest of the field in the Central. The Diamondbacks are my official surprise NL team.
World Series: Twins over Braves
Sorry Dodgers, even with Mookie I think that window of opportunity is closing. The Twins have enough pitching depth now to go along with an explosive offense. I think this short season is going to do wonders for them.
Obviously, since I'm making these predictions, I'm also thinking the whole season is going to be played. I do believe season will be heavily impacted by Covid-19 however. Some team is going to lose a star player for at least two weeks because of it. I think the protocols MLB has in place right now are going to allow any new cases to get isolated quickly and allow the season to limp along. Those taxi squads are going to get used a lot!

- As for my team, the Red Sox: I think they'll be about as good as the experts predict. I think they'll tread water until the trade deadline, replenish their farm system by trading a few regulars, then have one good hot streak before falling just short of a playoff spot.
- Biggest name traded at the deadline: J.D. Martinez, which makes me sad just to type it.
- The Orioles will win less than 10 games. With my luck, at least half of those wins will be against Boston.
- Not a prediction, but an observation: History will be made tonight. Someone on the Nationals will become the first official NL Designated Hitter. (I'm guessing Eric Thames personally).  I wonder if it was by design that they'll be playing the team that ushered in the DH for the AL?
- If the Blue Jays make the playoffs, I wonder if Canada will let them play in Toronto. If it really came to it, would Canada really let a World Series game be played in Pittsburgh? (Buffalo? Somewhere in the US?)
- If anyone is curious, yes fantasy baseball is still being played. I drafted my two teams earlier this week. It's going to be interesting to see how it plays out. Here are my two teams:
Not bad if I do say so myself. I'm pretty happy with both teams at the moment. With the uncertainty of Covid-19, I focused on players who could fill in at multiple positions and relievers more than starters. We'll see how that strategy works out.
- The baseball season is worth watching for no other reason than to cheer on Daniel Bard.
- Mike Trout will not win the MVP award. It's going to upset a lot of people, but I think it'll be Alex Bregman.
- I am also picking Ronald Acuna Jr for NL MVP, Nathan Eovaldi and Walker Buehler for the Cy Young awards, and Luis Roberts and MacKenzie Gore for Rookies of the Year.
- Oh, Mookie...you may be settling down in L.A. but your Hall of Fame cap will still have a "B" on it!
- Finally, a contest plug - Feel like making some of your own predictions? Head on over to The Bucs Stop Here. Nate is running a contest: predict the playoff teams and you can win some cards! (Oh, and give him a follow while you're at it!)
Posted by Matt at 10:00 AM