Day 30: Your Favorite Card In Your Collection

The card itself isn't really all that special.

The crown jewel of my collection earned its place because it represents my greatest day as a collector. For my 15th birthday, my parents took me to a card show in Niagara Falls, NY. We arrived at the convention center, and I found myself at the largest sports card and collectables show I had even been at. The place was huge, and despite being there all day, I don't think I came close to seeing all the tables. A big reason why is because I spent most of my time there waiting in line. At the end of the room, on a raised platform, a ballplayer was signing autographs.

This player wasn't an active player. He retired long before I was even born. I knew who he was though, and knew he was an all-time great. I was star-struck. I waited in line for what seemed like an eternity, but eventually the line moved and I found myself staring greatness in the eye. He smiled at me as I handed him my card, the only card of his that I owned at the time. He signed it quickly, and handed it back. I could barely muster a "Thank you" as I made way for the person behind me. The rest of the day was mostly a blur, because I was overjoyed at the card in my hands. I was now the proud owner of this:


In all my days as a collector, nothing will ever top the day I met Mickey Mantle.

Well, there you have it. The 30 day Challenge is complete! I feel a genuine sense of accomplishment. 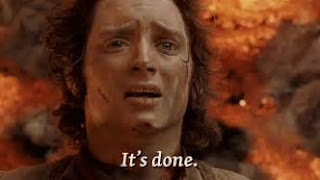