Unknown Mike Huyler
Reminds me of actor from
Mrs. Doubtfire

When I first saw this card, the guy looked familiar - the nose, the chin. It eventually dawned on me he looks like the actor from Mrs. Doutfire... 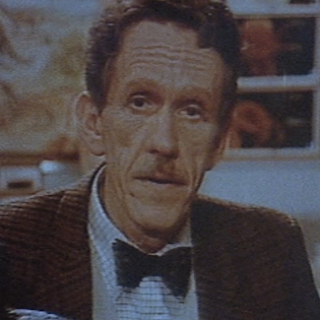 The actor is William Newman, and he had a very successful career playing bit roles in movies and television. The two I recognized him the most for was in Mrs Doubtfire as the boring monotone Mr. Sprinkles, and as the doctor in the TV miniseries The Stand.